Talk about delicious foods, India will definitely belong to the league of top countries. The recipes that we prepare in India are a perfect blend of flavor, taste and health. The palatability of every Indian dish is beyond doubt- rather say Indian dishes do perfect justice to your tongue. These good foods are perfectly concluded by beverages that nurture the drinkers’ health. The balance between good food and healthy beverage helps achieve a perfect harmony of physical, emotional and spiritual state. Indian cuisine mostly includes vegetarian dishes. Although the foodie-Indians go crazy for any Indian dishes they can lay their tongue upon, we can list top 5 among them which are a must in your kitchen if you are a true Indian cuisine lover. 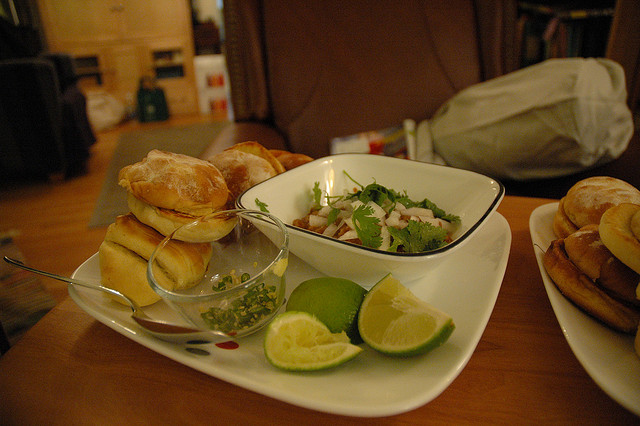 There will be hardly any Indian (we could risk adding non-Indians as well) who will not be allured by the name of Pav Bhaji. Although it is a very simple dish with Pav or breads toasted in butter and Bhaji or vegetable dish, its grandeur and its aroma steal the show. Since its inception in Mumbai, Pav Bhaji has also been popular with Northern and Eastern inhabitants. 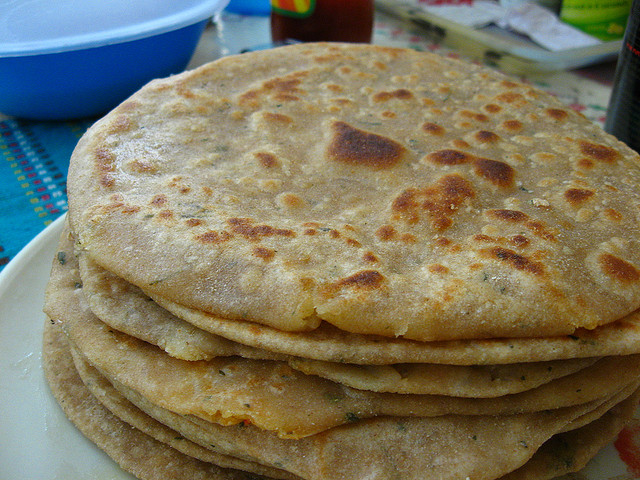 All the potato lovers, good news for you- Indian cuisine offers you Parathas (flatbread) stuffed heavily with deliciously prepared potato. This is the kind of food you don’t just eat, but assimilate and feel it. Coupled with chilled yogurt or mango-chili pickle, Aloo Paratha can very well turn you on. Some prefer it with spicy side dishes while others prefer it to be the only poison of the day. Add a slab of salted butter or a dash of fresh cream and the taste will take you on a definitive trip to cloud 9. 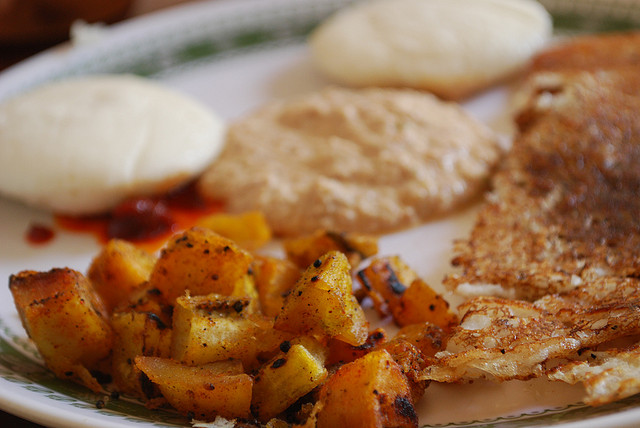 Thriving in the southern states of India, Dosa and Idli have their distinct differences with north Indian food preparations. Be it the colorlessness of both the dishes or be it their simplistic approach in the front of palatability, these two dishes impart distinct impression in the eater’s mind. Cooked in coconut oil with powdered rice being the key ingredient, these two dishes are a bit sour in taste and come coupled with Sambar (daal with vegetables) and white chutney. Not only south Indian inhabitants, even people from other parts of India love these dishes. 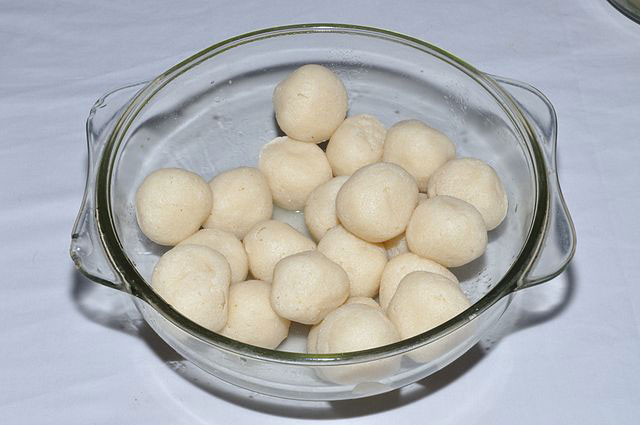 Photo by Biswarup Ganguly, CC BY 3.0

A Bengali’s meal will be incomplete without either of these as desserts. A Bengali is always marked these two dishes, no matter whichever part of India s/he lives in. It has been a trend to add these two as deserts after a royal feast. Rasgullas are spongy cheese balls dipped in sugary juice and Mishti Doi is sweet and colored version of curd (Indian Yogurt, you might say). With very pleasant and very lofty taste, both of them do justice to your taste buds. These two very Bengali and absolutely Indian dishes have made it to the ‘must-be-tasted’ Indian food list for most of the enthusiastic Indian foodie. 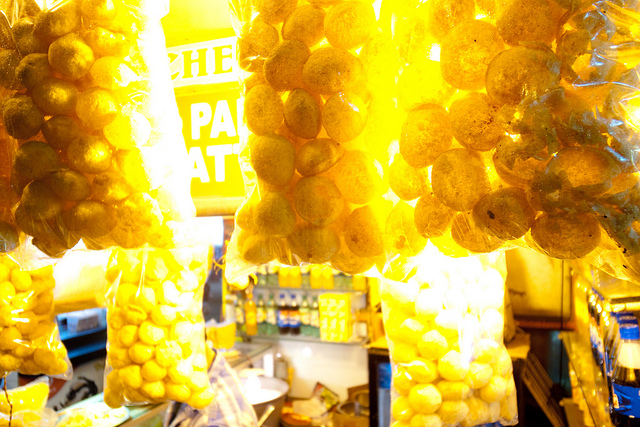 This one dish is India’s absolutely original and fundamental cuisine which is extremely popular not only in India, but also across the globe. Crispy ball stuffed with potato chat (containing onion and spices) or Ghugni dipped in tamarind- lemon- water: this is exactly what Paani puri is. The fact is that the dish has numerous variation and names within India itself. Sometimes it becomes Golgappa, sometimes Fuchka and so on. If you talk about taste, then have a plate of Paani Puri and get carried away with its delicious taste. The best part of this splendid dish is that it is the cheapest of the 5.

Indian cuisine is surrounded with pleasant surprises. There are many other dishes like Rajma, Chole etc. which were not included in the list. However, there is hardly any doubt that each of such dishes will burst into deliciousness once you put them inside your mouth.